A Mother's Passion for the Arena: Lindsey Walczak

Being an equestrian is not just a hobby, it's a way of living. Pursuing it is a type of conscious decision that takes life-long commitment from the rider, which for some, seems to be destined for them to fulfill ever since they are young. At least that is the case for Lindsey Walczak, the name behind the IG handle @queencityequestrian which has a strong following of more than 13,000. She's one of the distinguished names in the field who has managed to carve a niche in a small but almost exclusive community.

And it's not only because she has killer marketing skills. If we were to put it in a few simple words, Lindsey's strength as an equestrian is her message.

She's not just a regular equestrian, but a voice for mothers who rule the riding arena.

Our team was lucky enough to have a quick chat with her for the first chapter of our Women of the Arena campaign, an initiative that aims to give recognition to the inspiring females in the field. 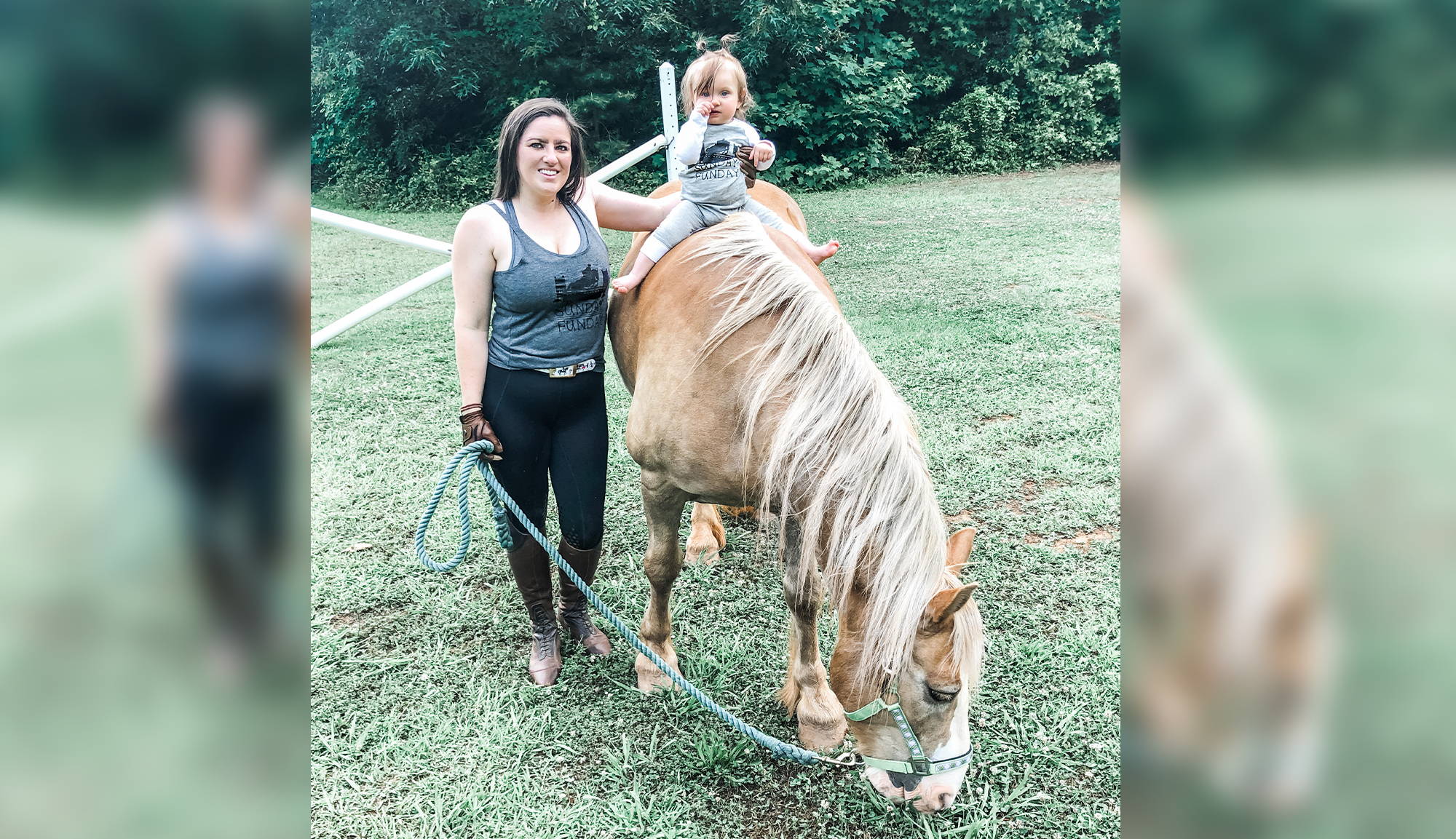 Q. Let's talk about your passion for riding. How did it start? Was there ever a special moment when you realized that this is something you love doing?

My family jokes that I was riding before I was born since my mom rode up until the days before I was born. Horses were in my life from the start and I always remember having such a strong love for them. I would wear my jods and paddock boots to school because I’d be so excited to ride afterward. Of course, there are some special moments I remember, like cantering for the first time on my favorite lesson pony, Rio, and winning two blue ribbons in my walk trot classes on my first horse, Bo, at my first show. Even as an adult I thanked my OTTB in my grad school graduation speech. Horses truly are my passion.

Q. You are also running a blog dedicated to you being a mother. How does your love for riding and being a mother converge? For example, is it harder to pursue the hobby? Are there lessons that you learn from each one that you can apply to the other?

Yes. It's the same handle as my Instagram account, Queen City Equestrian. I'd say that horses, like being a mom, hold the similarity that no matter how much planning and preparation you do nothing ever truly goes to plan. I can be a bit of a perfectionist and love sticking to a schedule, but horses and being a mom keeps me humble and teach me to go with the flow, be in the moment, and enjoy the little things every day.
I also love having my horses at home so my daughter, Tallulah, can grow up with them. She absolutely loves them which makes it easier to converge riding and being a mother.
It surely isn’t easy being a mom and an equestrian, but it is doable! I’ve just had to be willing to adjust my schedule as Tallulah grows up to make sure I get my riding time in. Where there’s a will there’s a way. They always say when you become a mom to make sure you take care of yourself, and spending time with my horses and riding is exactly that for me. It rejuvenates me and makes me a better mom. I’d much rather spend an hour in the saddle than an hour in the shower. 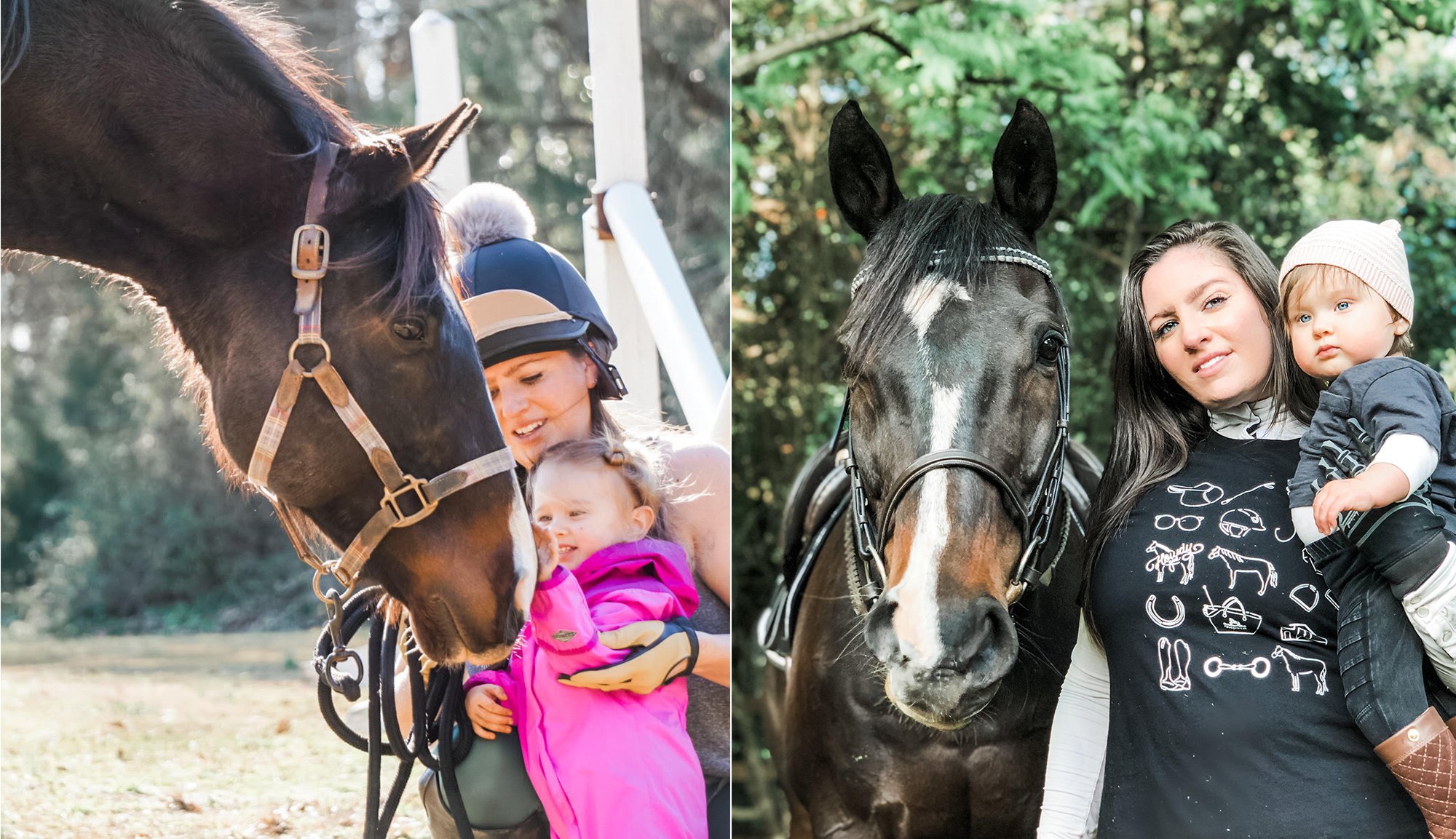 Q. How do you share your love for riding with your child?

Oh my goodness, in every way I can! When I’m riding early in the morning my husband feeds her breakfast at the back window so she can watch me ride while she eats. She loves it. She was competing in her first lead line class at Tryon International Equestrian Center just after her first birthday last summer. Anytime she’s in the saddle she cries when we try to take her off the horse - no doubt she’s my daughter! Haha!

Q. As an equestrian AND a mother, what's one important message that you want to share with the community?

You can do both! It’s not always going to be easy but being a mom and an equestrian are both such fulfilling roles. 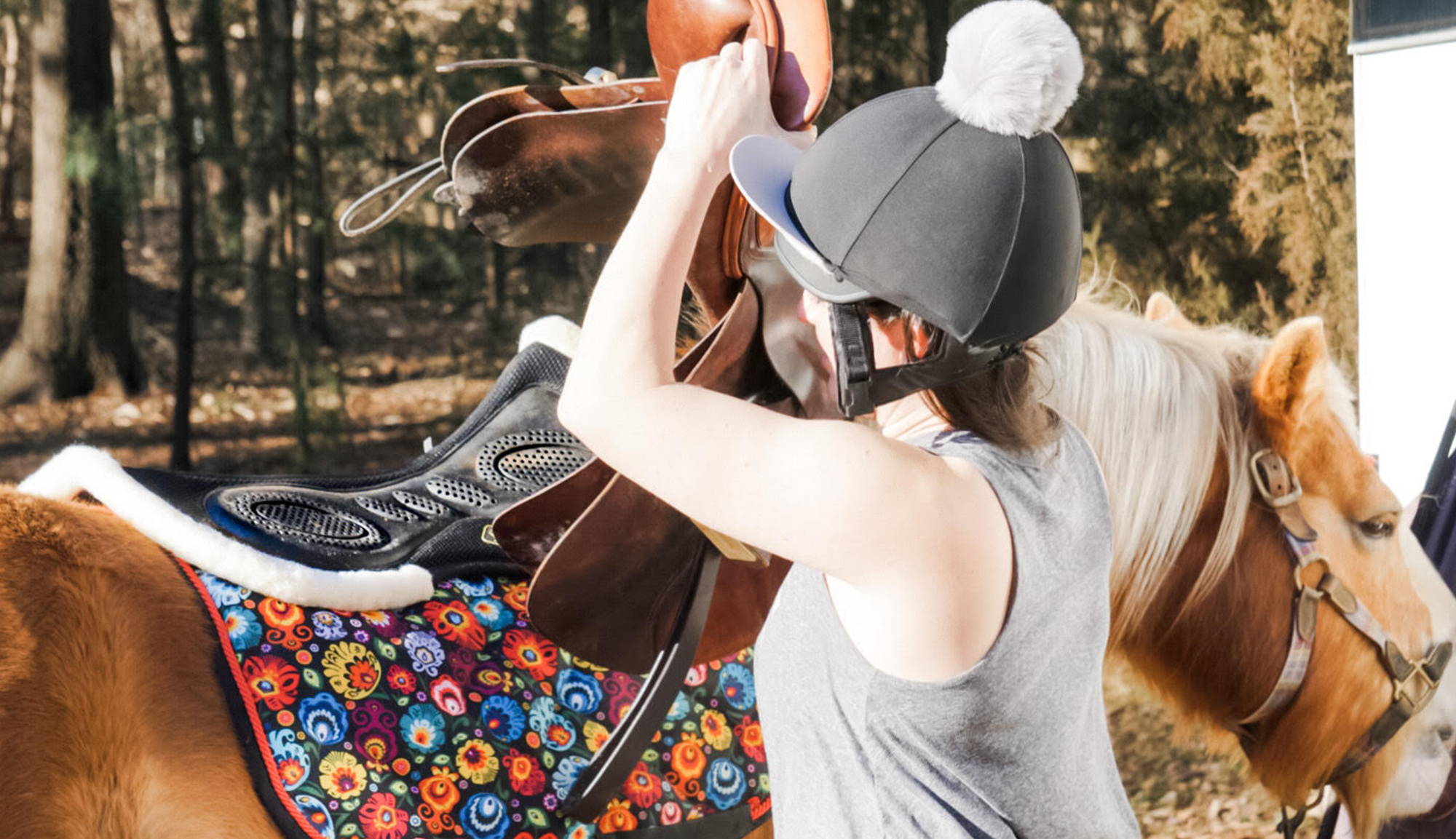 Q. How do you think being an equestrian has empowered you as a woman?

Becoming a stay-at-home mom only months before the pandemic, admittedly, caused my self esteem to take a hit. I was a new mom, my body understandably changed, and now I was not even able to socialize with my friends. Having my horses at home and being able to get back to a regular riding routine is what built me back up. There’s something incredibly empowering about working with a 1,200 pound animal and sharing a connection with these creatures - it makes you feel like you can do anything. 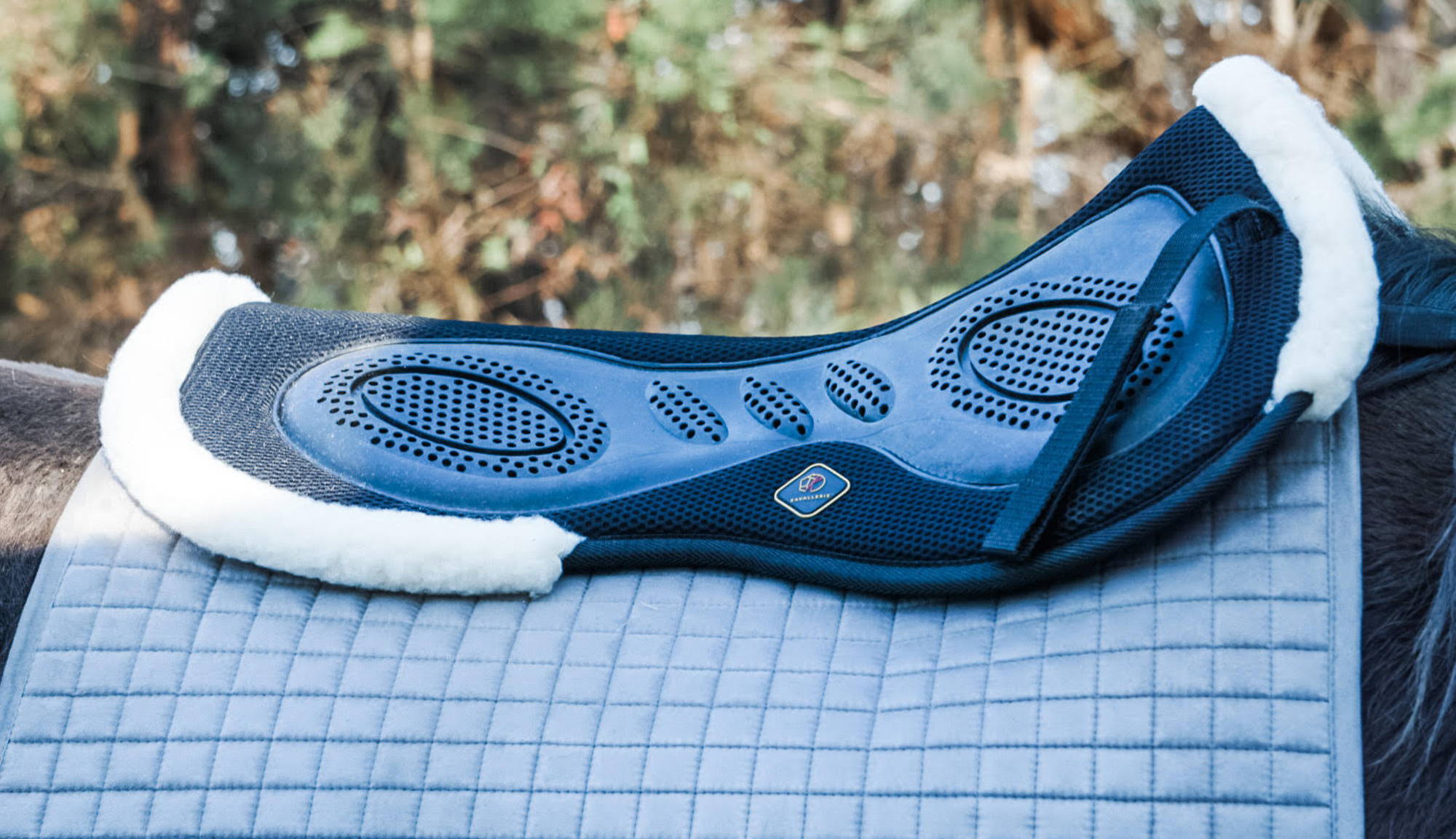 Q. What are your five non-negotiable things when preparing for an arena show?

ohh that’s tough to narrow down to just 5 but I’ll try!

Q. What is your favorite Kavallerie tack and why do you recommend it?

I’ve really been enjoying my 3D Air Mesh Fleece Lined Half Pad! Its structure is supportive and cushiony in all the right places. I recommend it because it definitely provides added comfort for my horses.

Sold out
Click here for our selection of quality horse tacks!