Worth The Splurge: The 8 Most Expensive Breeds of Horses in the World

No two horse breeds are alike. Have you ever wondered what makes certain breeds of horses fetch such sky-high prices, while others are more affordable?

There's a characteristic or two that makes the difference between an ordinary horse and an expensive one. These characteristics are valued by horse lovers and equestrians alike for their rarity, uniqueness, and for their performance and rider compatibility.

Why pay a premium price for unique horse breeds?

Ask yourself: Why do you ride? Or if you’re ahorseowner, what made you decide to purchase one instead of picking one out from your local stable?

The answer is simple: You ride with a purpose. The purpose of using horses for work and transportation is no longer the norm, so you either ride competitively or as a hobby.

By now, you know that you choose your equine partner based on why you ride. Those who purchase expensive breeds of horses buy them to fulfill a purpose.

What are the characteristics are valued in unique horse breeds?

Many factors go into the value of a horse and there are no rules set in stone on how much horses can sell. A thoroughbred named Fusaichi Pegasus was sold for $70 million in an auction, making him the most expensive horse ever to be sold.

But, what are the characteristics of an expensive horse? 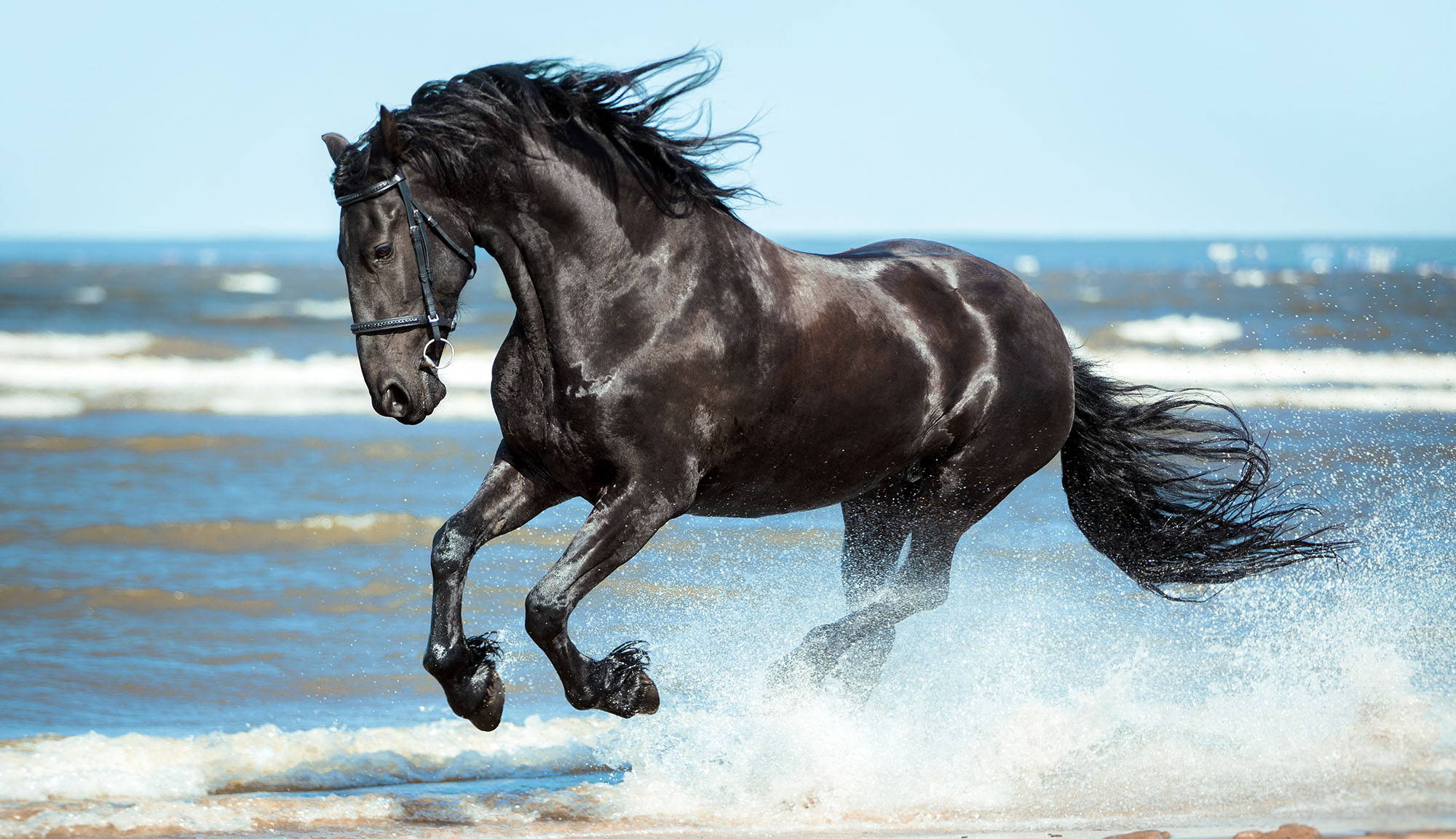 The 8 most expensive breeds of horses

There are over 350 horse and pony breeds around the world, but these are presently the most expensive in the market:

If you’ve been in the horse competition circuit either as a competitor or a casual spectator, you will notice Dutch WarmBloods among the competing equines. Their warm, easy demeanor is balanced off by their strength and endurance. As their name suggests, this breed hails from the Netherlands. They have solid colors, making them delightful to look at in competitions. It’s no wonder why they are a breed of choice for professional equestrians.

The Akhal-Teke is the National Horse of Turkmenistan, and may only have less than 8,000 Akhal-Teke horses in existence today. The rarity of getting your hands on this equine brings up its price.

Beyond its dwindling number, its coat has a pristine, metallic-like shine. But don’t think it’s all show and no game-Akhal-Teke horses have excellent endurance, tested by centuries of being used for transportation and labor. Since it is used to being with humans, they say that Akhal-Teke breeds are very loyal animals.

Casual horse riders would be familiar with Arabian breeds because of their popularity. Their graceful features and the breed’s love for their human companions may have something to do with it. Perhaps their familiarity with humans is because they’ve been around longer than other horse breeds. Don’t let their graceful features, small build, and amiable personality make you think they are dainty creatures. Their country of origin, the rough terrain, and the hot climate have made Arabian breeds tough. Napoleon Bonaparte is said to have used an Arabian horse named Marengo, while George Washington had a half-Arabian horse called Blueskin.

Due to the Arabian being one of the most popular horse breeds because of their intelligence and demeanor, many horse breeds have Arabian blood in them, including light horse breeds, Thoroughbreds, and Quarter Horses.

This breed has been around for centuries in the Netherlands, but it doesn’t make them commonplace. It’s considered a rare breed and almost went extinct. With a high-stepping gait and a black coat, paired with a warm temperament that has been bred over time, the demand for this centuries-old breed has not waned down.

Being a warm-blooded breed, a Hanoverian breed’s origin goes back to being used for war. Hailing from Germany, they are impeccable jumpers due to their link to Thoroughbreds. Tracing their lineage won’t be a problem—Hanoverian breeds have one of the best-kept records compared to other breeds.

Named after Count Johann XVI von Oldenburg, he had a Friesian breed and made them suitable for horseback riding. The breed’s original purpose was to be a workhorse, but the Count started breeding them and gifting them as war horses. Oldenburgs were used for horseback riding or for carriage due to their elegant look and stature.

While considered a common breed, Andalusians are expensive. The breed comes originally from Spain and is said to be the “grandfather” of most modern horse breeds today. This can also be because of its long history, so long that its origins are largely unknown. Originally bred to be used in war, Kings and queens of Spain often had and rode Andalusian horses. Nowadays, you would find an Andalusian in competitions or even used for recreation, because of their high energy and stamina, but they can also stay calm and work well with humans.

There is no other breed with better bloodlines and a history of winning than that of a Thoroughbred. Because of its almost assured spot at the top of any competition, thoroughbreds are the most expensive horse breed in the world.

There isn’t any equestrian competition in the world that these hot-blooded equines don’t dominate. Whether it’s racing, dressage, or showjumping, thoroughbreds will deliver. Their unparalleled speed makes them a crowd favorite in the horse racing world and breeding sports horses.

A thoroughbred named Fusaichi Pegasus was rumored to be sold for roughly $70 million, making him the most expensive horse to be sold at an auction. Perhaps it was money well spent—Fusaichi Pegasus stayed true to his name and won the Kentucky Derby back in 2000.

The prerequisites in taking care of an expensive horse breed

Even when some riding partners are more expensive than others, they require the standard do’s and don’ts when caring for any horse. A good, quality diet is a must and depending on their metabolism, as much as they need to maintain a good weight.

Proper hygiene and grooming are a must, such as brushing, inspecting their hooves, and the like. Depending on the breed, some of them may have thicker or thinner skin compared to other breeds. It is best to do your research to know if you need to be gentler in brushing, if necessary. Purchasing thebest horse tack that money can buy is also important to bring comfort and maximum performance to you and your equine. A periodic check-up with the horse doctor is advised, to ward off any underlyingconditions or diseases. 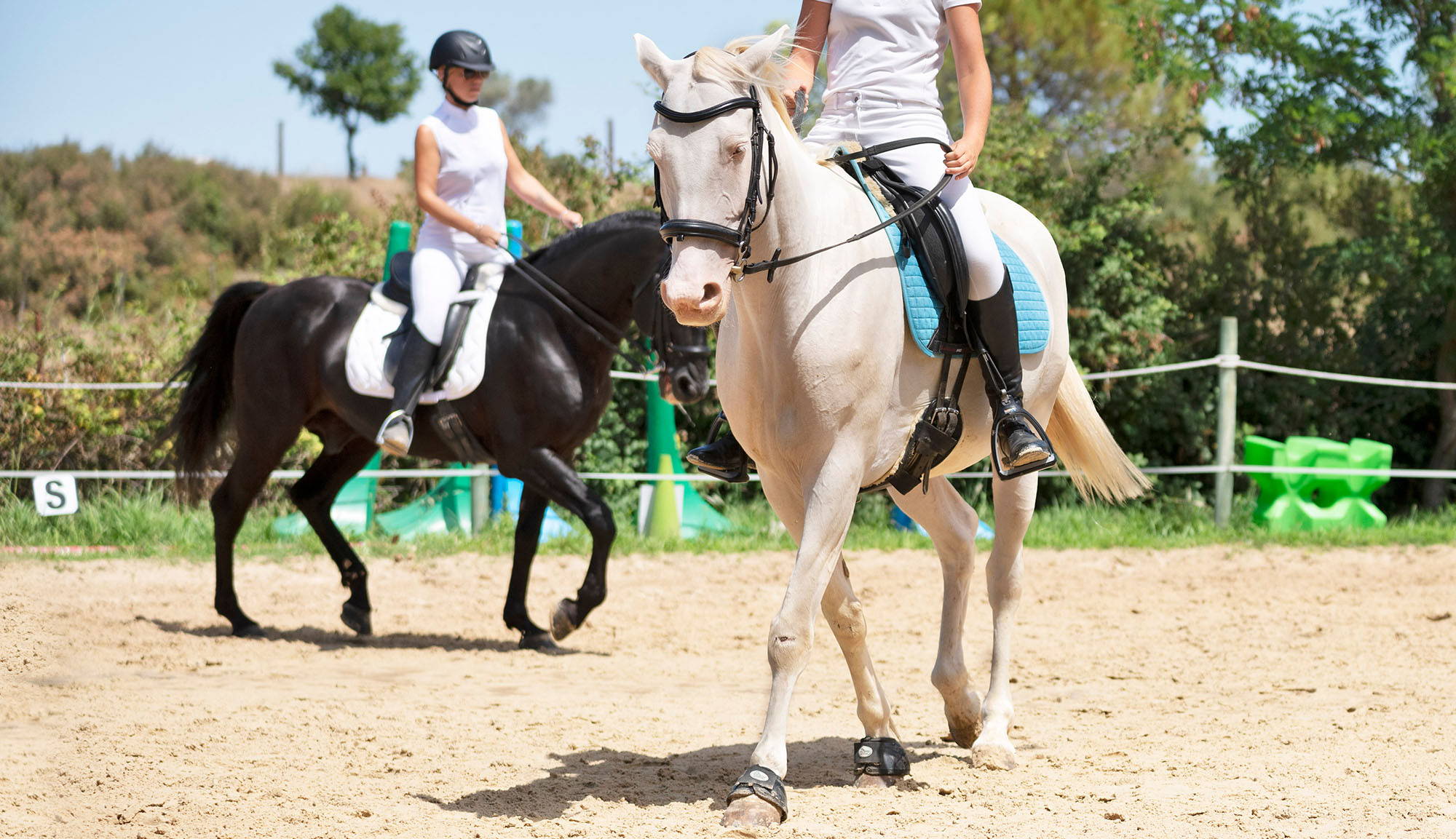 Are expensive horses worth the price? Yes. As an equine lover, you most likely understand best the reasons behind the price tag. You’re not just buying a horse-you’re buying its rich history, its impeccable pedigree, careful breeding, and years of training and care.