The best horse movies are the kinds that go beyond just having horses in them. Instead of making them accessories to the actors, these majestic steeds are main characters themselves. They affect the world around them, drive the plot forward, and most importantly, touch the audience’s hearts.

This list is a compilation of some of our favorites. More than just movies with horses, they're movies about horses. They're about our relationships with them, the powerful bonds they have with people, the sheer emotion of riding on horseback, and what it means to be a horse's partner. Some of them are tales inspired by true stories, while some feature kooky talking animals. There are also some that are heart-breaking dramas, while others are heart-warming comedies.

The one thing that ties them all together is a real love for horses, and that’s something that's always worth binge-watching.

An underdog tale unlike any other, Seabiscuit is widely recognized as one of the best horse movies to ever hit the silver screen. It was even nominated for Best Picture at the Oscars!

The movie takes its name from the real-life Seabiscuit, the undersized thoroughbred who inspired America when they needed him most. Born during the Great Depression, Seabiscuit is paired with an unlikely jockey in Red Pollard (Tobey Maguire), a temperamental young man who happens to be blind in one eye. The two discover a sense of purpose in each other, however, and together they beat all odds on the way to being crowned Horse of the Year. Their story is so inspiring that Seabiscuit became one of the most famous horses in history.

Every rider dreams of forming a relationship like Seabiscuit had with Red, and it’s easy to see why: the movie shows us how horses can be our soulmates. If you aren’t a horse lover yet, you will be by the end of this film. Make sure you catch this along with the other excellent horse movies on Netflix.

This is the film that started a new generation of horse girl movies. The Horse Whisperer tells a powerful story about how our friendship with these majestic creatures goes well beyond a horse and its rider; in many ways, they help heal what's broken inside of us.

Grace (Scarlett Johansson) loses her best friend during a riding accident, and is left badly injured along with her horse, Pilgrim. The loss causes Grace to become cold and withdrawn, while Pilgrim shows signs of trauma, himself. They’re taken to a “horse whisperer” named Tom (Robert Redford) in a last-ditch effort to heal themselves.

Make sure you have some tissue next to you when you catch this film, as Johansson and the rest of the cast make every single relationship feel incredibly real. You’ll probably want to give your horse a great big hug as soon as the credits start rolling! And that’s a big reason why it’s one of the most famous horse movies of all time.

Oscar winner Chloe Zhao’s mesmerizing drama captures the joy and thrill of riding, and why many of us would do anything to get on horseback. The film was a critical darling at the time of its release, scoring a 97% rating on Rotten Tomatoes and getting a shoutout from no less than Barack Obama.

Brady (Brady Jandreau) is a Lakota Sioux rodeo star who suffers brain damage during a freak accident. Although doctors tell him that riding again would likely worsen his condition, Brady refuses to give up on what makes him happiest, forming a deep bond with his new four-legged companion, Apollo.

It’s the authenticity behind all the performances and Zhao’s storytelling that makes The Rider such a compelling watch. The amount of honesty that the stars so generously share with us makes their love of horses really hit home. It's a standout among new horse movies, and stands to be a timeless classic. 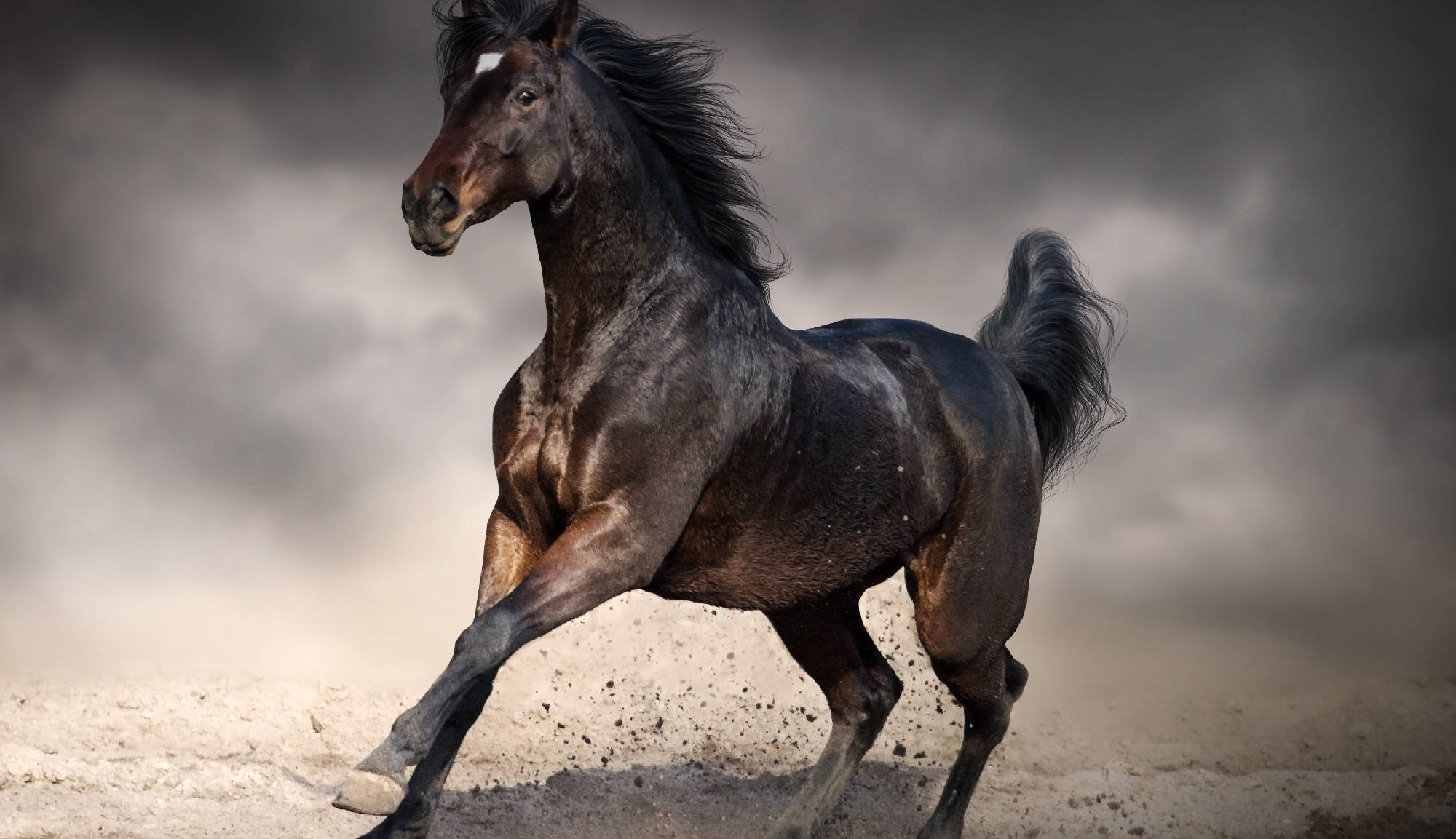 Who can resist the charms of a midnight equine like Black Beauty?

No list about the best horse movies is complete without mentioning this gold standard. Director Caroline Thompson's take on one of the world's most beloved stories about horses is famously an equally beloved adaptation.

Alan Cummings provides Black Beauty’s charming voice as the horse narrates its own fascinating life story. Beauty’s adventures during Victorian England include getting lost in a storm, escaping a burning barn, and even becoming part of a noble household. Every step along the way, you’ll be rooting for Beauty to come out of everything okay.

If you’re in the mood for a family-friendly drama that just so happens to be about a horse, this flick is definitely for you. It’s a classic for good reason, and hands-down one of the best horse movies for kids.

While this film might be a documentary, the story it shares is just as incredible as any blockbuster! It’s also a poignant look at immigrant struggles in the 1950s, and how a horse changed a man’s life.

Director Ron Davis takes viewers on a journey through the life of Harry DeLeyer, a Dutch immigrant who spent what little money he had to save a horse from a slaughterhouse. In just two years’ time, the horse would be known across America as Snowman, the brilliant showjumper who would win the Triple Crown.

Told through interviews with DeLeyer himself and other personalities involved in the remarkable tale, Harry & Snowman is an intimate look at the bond between horse and trainer, showjumping, and our ability to overcome all sorts of challenges. The most touching movies about horses, after all, are those that come from real places, and no other film comes closer than this.

Before it became a full-blown media franchise, Dreamworks’ Spirit was one of the most emotional talking animal movies of the early 2000s.

Spirit (voiced by Matt Damon) is a wild Kiger Mustang colt who grows up to be the leader of his herd. When he’s caught by The Colonel’s (James Cromwell) men, however, the horse experiences what it’s like to be held in captivity and forcefully tamed. He later forms a friendship with fellow captive Little Creek (Daniel Studi), a Lakota Native American who promises to help him escape and find his freedom again.

Make sure you watch this one with the kids because, on top of the gorgeous animation, Spirit: Stallion of the Cimarron also teaches us valuable lessons about respecting horses and treating them with dignity. Spirit and the rest of the animated animals in the film are such a joy to watch. 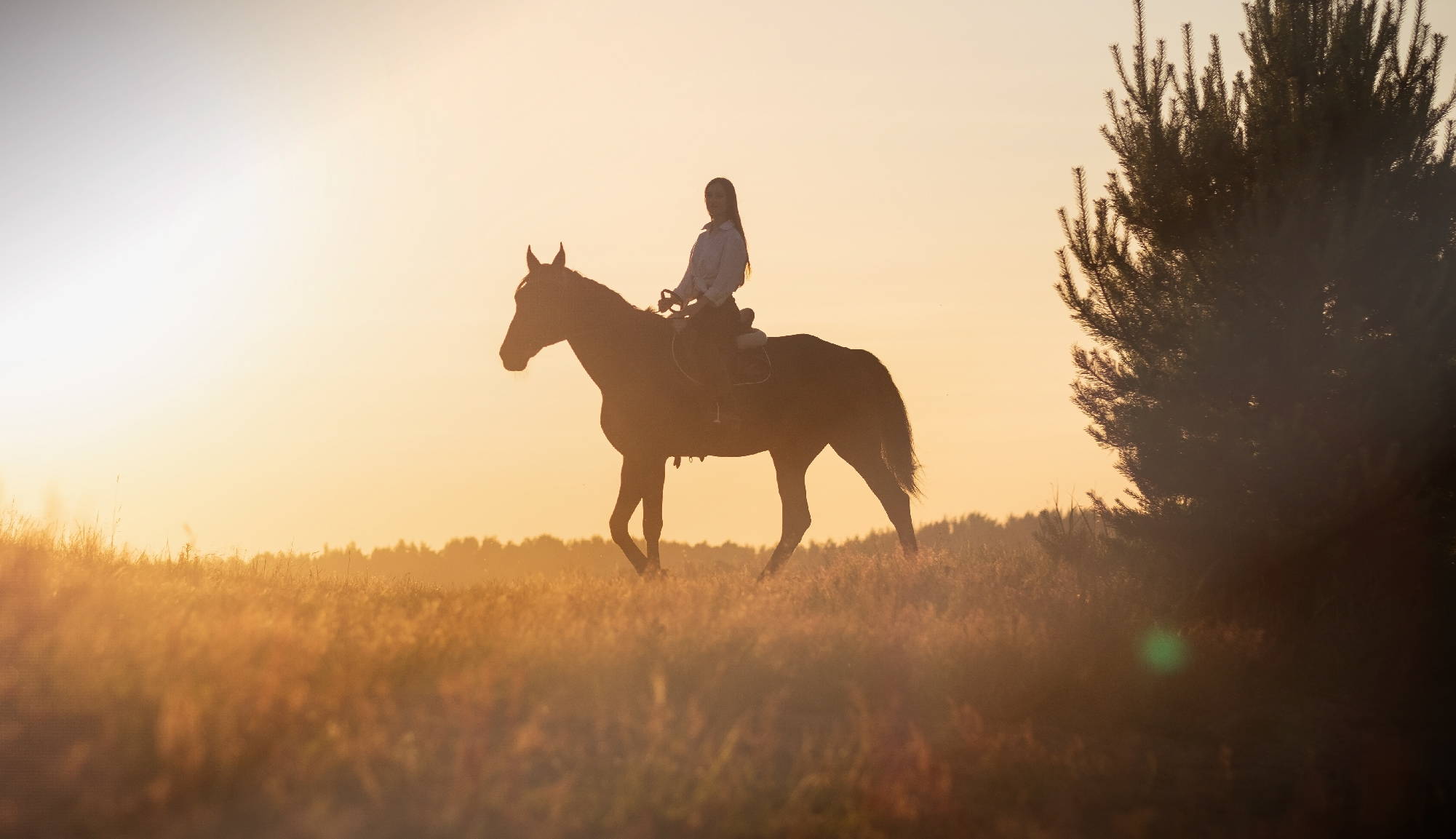 Which of these movies made you fall in love with these majestic creatures?

This blast from the past stars a 12-year old Elizabeth Taylor in one of her earlier roles, making it one of the original horse girl movies. It's a classic among horse movies, and it sets the standard for decades to come.

Velvet Brown (Taylor) is a horse-crazy preteen who wins a gelding named “The Piebald” in a raffle. She quickly decides she wants to train him as a racehorse. A twist of luck would have her racing Pie herself, and she quickly becomes a media sensation as the first female jockey to cross the finish line at the Grand National.

On top of Velvet being a lead you easily find yourself rooting for, the film really hits us in the feelings by reminding us that when it comes to our racehorses, fame and fortune should come in second. Whatever is in the best interests of our equine companions should always come first.

If you haven’t heard of Secretariat’s remarkable story yet, you’re in for a treat! The real-life horse who inspired this film holds a special place in racing history, and for a good reason.

Secretariat is a Thoroughbred who begins his story unable to match the expectations of his lofty pedigree. Thanks to his owner Penny Chenery's (Diane Lane) faith and dedication, however, he has a top-notch team built around him, training him in an environment that allows him to grow. What follows next is a historic feat: Secretariat comes out of nowhere and breaks records en route to becoming the first American Triple Crown winner in 25 years!

If you’re a fan of Cinderella stories, this is the best horse movie you could possibly watch. It shows you how, with ample commitment from his trainers, a little bit of luck, and a lot of faith, even the most unexpected horses can become champions. Simply put, it’s one of the most inspiring horse movies out there.

This tearjerker about how our bonds with horses can withstand even the horrors of war is one of Steven Spielberg’s most underappreciated masterpieces, even after it was nominated for six Oscars. It’s rare for movies about horses to receive this many honors, so you just know that this is a standout among its peers.

The young Albert (Jeremy Irvine) forms a fast friendship with Joey, a gorgeous Irish Hunter who manages to adjust to the rigors of farm life. The two are separated, however, as World War I breaks out and Joey is sold to the British army. Years later, Albert grows old enough to enlist, and joins the army not knowing where his old friend now rides.

What really tugs at your heartstrings with this film isn’t just the relationship between Albert and Joey, but also the uncertainty of whether or not they’ll be able to find each other again as the world changes around them. War Horse can get pretty heavy at times, especially with Spielberg at the helm, but the emotional ride it takes you on is absolutely unforgettable.

They say it takes a village to raise a child. In this heart-warming comedy-drama from director Euros Lyn, we learn that it also takes a town to train a champion race horse. It’s one of the cuternew horse movies to come out in recent years, and definitely deserves a place on this list.

Based on true events, Dream Horse tells the story of Jan Vokes (Toni Collette), a small-town Welsh bartender who's become so bored with her life that she decides to shake things up by training a racehorse. In order to afford the expenses that come with owning a horse, she talks several other townspeople into being co-owners of her steed. The horse, named "Dream Alliance", becomes a treasured member of the community and a lovable underdog on the track. 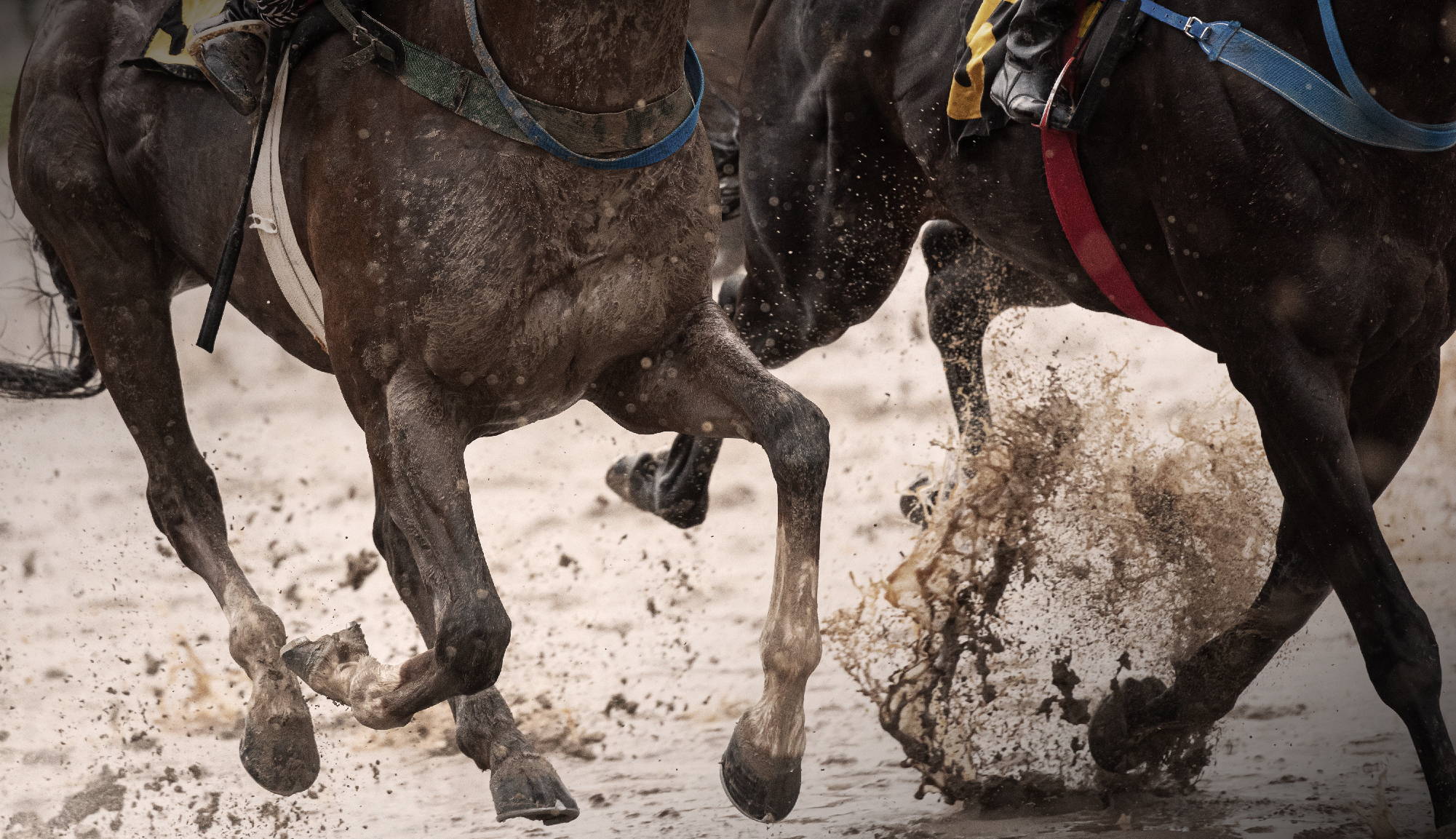 From war movies to adventure dramas, these horse films are sure to get you breaking out the box of tissues and falling in love all over again.

Honorable mention: The Boy, The Mole, The Fox, and The Horse (upcoming)

While it isn’t a feature-length project just yet, Bad Robot’s animated short film adaptation of The Boy, The Mole, The Fox, and The Horse already has a spot reserved on our list of best movies about horses.

Based on the book of the same title, the animated short will tell the story of a boy who encounters four different animals during a walk and has deep and meaningful conversations with each one. Think of it like The Little Prince, but with more animated animals. There are more than a few The Boy, The Mole, The Fox, and The Horse quotes we keep close to our hearts, and we can't wait for you to hear them, too.

The next time you run out of horse movies on Netflix to binge on, you might want to check out some (or all!) of the titles we mentioned above. We're sure that at least some of them will become your go-to horse movies and help remind you of what really matters when equestrian life gets tough. Ride on, Kavallerie Crew.